Today is World No Tobacco Day! 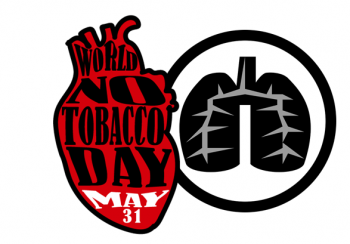 Every 31 May since 1987, the World Health Organization (WHO) and its partners celebrate the World No Tobacco Day (WNTD), in order to stop or reduce its consumption worldwide and raise awareness about the dangers for your health. The theme of the 2018 campaign is: “Tobacco Breaks Hearts” which aims to show the risk factors of developing cardiovascular diseases and thus reduce tobacco consumption.

According to WHO, tobacco causes more than 7 million deaths per year, 890,000 of which correspond to non-smokers being exposed to second-hand smoke (1).

Furthermore, another severe pathology induced by tobacco is Chronic Obstructive Pulmonary Disease (COPD). The pathology is characterized by persistent respiratory symptoms and airflow limitation usually caused by noxious particles or gases. The disease is planned to become the third leadind cause of deaths worldwide by 2020. More than 3 million people died from this disease in 2012 (2).