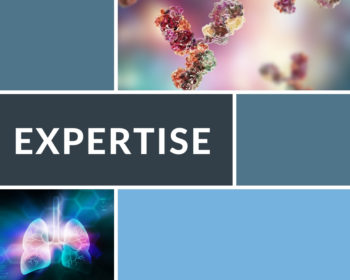 Antibiotic resistance has become a major health issue. The correct diagnosis, the patient’s condition, the location of the infection, the sensitivity of the causal microbes, the side effects and costs are all factors contributing this major global problem. According to the World Health Organization (WHO), it is important to warn on the rational use of antibiotics at each level from the farmers, food industry, and healthcare practitioners to the end-users and patients.

World Antibiotic Awareness Week (WAAW) aims to improve antibiotic use and tackle the growing resistance problem. A global action plan was approved at the 68th World Health Assembly in May 2015. Communication, education and training are key factors to optimize the use of antimicrobial medicines in human and animal health. Prevention is the key to spread the antibiotic resistance. This year the WAAW will be hold from November 18th to November 24th 2019.

This awareness week happens as the positive results have come in from 2 referrals carried out by the EMA and PSUSA. Bacterial lysates have been found to be effective in the prevention of recurrent respiratory tract infections and the safety profile is in line with what is expected for this type of product. 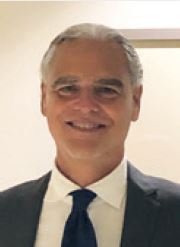 1.You recently attended to the SIMG in Florence, the largest congress of General practitioners in Italy. Could you please summarize the outcomes raised during the session on antibiotic-resistance? Why prophylaxis measures in respiratory infections are of importance?

Pr Ferlazzo : “This recent congress gathering General Practitioners (GPs) coming from different geographical sites of Italy, represented a great opportunity for assessing the urgent issue of antibiotic resistance, a growing relevant problem in our country as well as in many others of the western world. As a matter of fact, antibiotic resistance leads to higher medical costs, prolonged hospital stays, and increased mortality.

A relevant aspect emerging during the scientific presentations was the evidence that, although nosocomial resistant infections is a major issue, antibiotic resistance mainly occurs outside the hospitals, either because of the industrial employment of antibiotics or for their excessive prescription in general medicine. In this regard, an European study on antibiotic consumption, which included Italy, showed that Defined Daily Dose (DDD)/1000 people in 2008 resulted in 28.3 for general practice and 2.3 in the hospitals. These data call for an assumption of responsibility by GPs, which should cautiously prescribe and dispense antibiotics, according to current guidelines. At the same time, GPs should talk to their patients about preventing infections, mainly by vaccination when available or by any other prophylactic means able to counteract and contain infection spreading.

The world urgently needs to change the way it prescribes and uses antibiotics, since antibiotic resistance is currently a major threat for humankind. Behavior changes must also include actions to reduce the spread of infections through prophylaxis, hand washing, practicing safer sex, and good food hygiene.”

2.As expert in immunology, do you think immunostimulants, which mode of action is to enhance solely an innate immune answer, may act as prophylaxis in infectious episodes? Do you think such molecules shall be administered during an acute episodes?

Pr Ferlazzo : “The so-called immunostimulants represent a wide family of molecules displaying a large array of mechanism of action, real or just alleged. That said, whether they can aid in the prevention of infectious episodes obviously depends on the nature of the immunostimulation, the clinical context and also on the reasoned administration of these drugs. No doubt that some of the available immunostimulants might assist in the reducing the burden of infections acting by boosting some innate immune responses able to counteract bug invasion; most likely much less useful during acute infectious episodes.”

3.What is your position on vaccination, and why it is important in the frame of antibiotic-resistance and respiratory infections management?

Pr Ferlazzo : “Vaccination is not only the greatest success in the history of medicine but also the single means we can rely for effectively preventing infectious diseases. Unfortunately, as we all know, not all human infections can be prevented by current vaccinations but, nevertheless, many life-threatening diseases are going to be erased or are however under control because of vaccination policy. That of course applies also to respiratory infections, where flu-vaccines and anti-bacterial vaccinations (e.g. anti-pneumoccocal, anti-haemophilus), have been shown to significantly reduce both the number of infections related to the specific microorganisms and the associated superinfections, therefore also reducing the need of administering antibiotics.”

4.You widely studied the mode of action of Bacterial lysates, and more particularly, in sublingual tablets, how these drugs could find a place in the therapeutic arsenal of General practitioners to prevent respiratory infections, and thus contribute to rationalization of antibiotic use?

Pr Ferlazzo : “We have nowadays a better appreciation of the mechanisms of action by which bacterial lysates could enhance our immune responses. It is becoming clearer and clearer that they can act not only by actively inducing an adaptive immune response toward the bacteria contained in the lysates but also by reinforcing the mucosal barriers at the gate of entry of the microorganisms involved in respiratory tract infections, i.e. the oropharynx. This second mechanisms, although dependent by the kind of bacterial lysate and, it is worthy to note, by its route of administration, represents an important factor of resistance to the infections of the upper airways. A locoregional, e.g. sublingual, administration of bacterial lysates, should boost natural mucosal barriers in the oropharyngeal area: by enhancing IgA production, by inducing the release of anti-bacterial peptides at mucosal level and, last but not least, by reinforcing the mechanical mucosal barriers by both increasing adhesion junctions among epithelial cells and preserving epithelial integrity in the course of chronic or recurrent infections, including viral ones. Indeed, there are nowadays several evidences suggesting that bacterial components, as well as bacterial lysates, can be sensed by epithelial cells, which react through a series of protective responses aimed at improving the natural barriers of mucosal surfaces.

As previously mentioned, the sublingual administration of bacterial lysates can represent a means for reducing the occurrence of respiratory tract infections, both viral and bacterial. It must be stressed that these drugs must never be considered an alternative to vaccination but rather a valuable support that can be safely associated with vaccines, for the prevention of upper respiratory infections, particularly of recurrent ones.”

5.Finally, why it would be safer to reduce and rationalize the use of antibiotics in medical practice?

Pr Ferlazzo : “Because of the consistently increasing antibiotic resistance, we are currently heading for a post-antibiotic era, in which common bugs and minor infections could once again kill. It’s time to ensure a robust action plan to tackle antibiotic resistance by improving surveillance of antibiotic-resistant infections. On the other hand, any means that has been proven to be useful for the implementation of infection prevention should be encouraged in medical practice, since only prevention can really restrict the current wide use of antibiotics, which is unavoidably associated to resistance. That also calls for investment in research and development of new drugs, vaccines, diagnostics and other tools aimed at preventing infections.