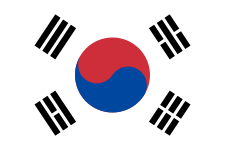 December 11, 2017- Massagno, Switzerland — We are pleased to announce that our Pharma partner Schumitt Health Korea LLC has launched Lallemand Pharma’s immuno-modulating drug PMBL® under tradename ISMIGEN® in South Korea. PMBL® is recommended in the prevention of acute, sub-acute, recurrent or chronic infections of the upper and lower airways and the bronchopulmonary trees. It is particularly documented in Chronic Obstructive Pulmonary Disease (COPD) patients, a highly prevalent disease in South Korea1. Schumitt Health will be initially targeting COPD patients and hospitals.

The latest clinical study conducted with PMBL showed benefits as add-on therapy to COPD patients, for example by significantly increasing the time between exacerbations, and significantly reducing by over two-fold the number of days of hospitalisation, an important criteria in terms of pharmacoeconomics2.

Chronic obstructive pulmonary disease (COPD) has a higher prevalence in South Korea than in most countries. According to the latest nationwide survey (Fourth Korean National Health and Nutrition Survey1), its prevalence among adults over 40 years old is 13.4%, and over 19.4% in men, which represents huge socioeconomic burden. However, the same survey showed that the disease is largely underdiagnosed and most patients are under-treated. Given the government’s ambition to reduce the use of antibiotics in South Korea by 2020, patients and practitioners are in need of preventive solutions for the management of COPD.

PMBL® is a bacterial lysate obtained mechanically for optimal preservation of the antigens structures. PMBL® contains a blend of 13 inactivated bacterial strains of the most common pathogens involved in infections of the upper and lower respiratory tract. It is formulated in sublingual tablets, described as an optimal route of administration to stimulate strong and long-lasting immune response and enhances the secretion of secretory IgA within the upper and lower respiratory tract.

PMBL® is present in over 25 countries in Europe (Russia, Italy, Poland…), South and Latin America and Asia.